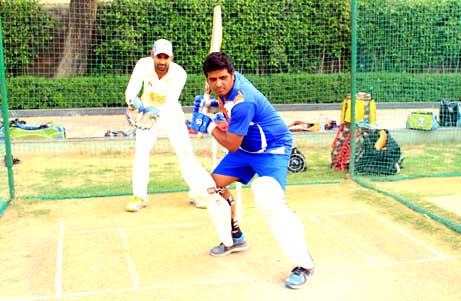 The institute operates under the stewardship of Mr. Uttam Mazumdar whose coaching prowess became known to the world when his protégé Ishan Kishan rocked the cricketing world by his staggering hits and immaculate technique in the U-19 world cup. Hailed as the next Dhoni after he led the national squad in the U-19 World Cup, Ishan Kishan made his presence felt in the prestigious Ranji Trophy and later IPL. He dedicates his success to Mr. Uttam Mazumdar’s toil and eye for details.

Mr. Uttam Mazumdar has been a part of Kolkata Knight Riders and been one of the most prolific coaches since he began his talent nurturing tenure.

MADE EASY Cricket Academy is promoted by MADE EASY group which has emerged as the biggest institute in GATE and Engineering Services...

Ishan Kishan was selected in Ranji Trophy Jharkhand 2014-15. He is only 16 yrs old talented Opening batsman...

MADE EASY – a name synonymous for success in ESE, GATE & PSUs exams, founded by Mr. B. Singh a distinguished alumnus of prestigious IIT -BHU and a renowned educationist, who had a vision to develop a Cricket academy that would be state – of – the art facility.